West Africa’s coastal states need to step up co-ordination to beat the
growing incidence of piracy in the Gulf of Guinea, says an
international maritime organization.

“Unlike Somalia, there is no failed state in the Gulf of Guinea,” says
the International Maritime Bureau (IMB). “All the states are
functioning entities. These states need to be determined and take
action to wipe out piracy.”

The bureau is quoted in a new report issued by an insurance company
which says that although piracy is on the way to being eradicated off
Somalia, the Gulf of Guinea is “an emerging piracy hotspot.”

The “Safety and Shipping Review 2014″, published by Allianz Global
Corporate & Specialty (AGCS), reports that nearly one in five attacks
on the world’s ships last year were carried out in the Gulf of Guinea.

“The region accounted for 48 of the 264 incidents in 2013,” the review
says. “Of these Nigerian pirates and armed robbers were responsible
for 31 incidents, including two hijackings, 13 vessels boarded and 13
vessels fired upon. One crew member was killed and 36 kidnapped – the
highest number of Nigerian kidnappings for five years.”

The review says the challenge in the region is different to that off
Somalia, quoting Allianz’s global head of marine risk consulting, Tim
Donney, as saying West African pirates operated in a different way.

“In Somalia, the model is to capture the ship and hold the crew for
ransom,” he said. “While in the Gulf of Guinea, the model seems to be
kidnapping crew members off the ship and holding them for ransom and,
in some cases, rebel groups simply attack and try to destroy a ship,
particularly oil tankers who are seen as ‘stealing’ the nation’s
wealth.”

He said naval patrols off Somalia, combined with armed security
officers on board merchant shipping, had cut piracy. “But in the Gulf
of Guinea, only the Nigerian navy can provide security services, which
is proving to be ineffective.”

The review notes that the heads of 22 West African states signed a
code of conduct in 2013 dealing with preventing piracy, armed
robberies and other “illicit maritime activity”. It goes on to quote
the IMB: “To tackle piracy in the Gulf of Guinea, we need better
co-ordination and sharing of information between coastal states.” 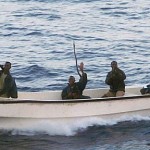