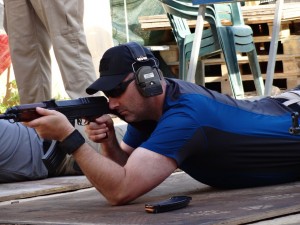 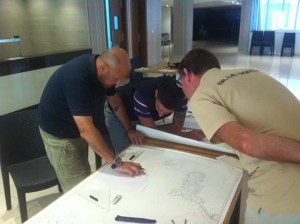 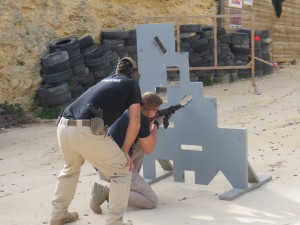 The month of October was a busy month for the company on the training front. The company undertook 2 Maritime Security (MSO) courses and Maritime firearms training (MFCC) courses. Both the MSO courses were packaged to include the MFCC course. The MSO courses, based on the C & G 8269 were held at the Bay view hotel conference facility where tea, coffee and refreshments were available for the duration of the course. The MFCC courses were held at the Gun blast shooting range in Gozo. The weapons handling training consisted of NSPs, IAs and field stripping and assembly and included weapons familiarisation on the L1A1 SLR, HK G3, M4, AK 47 and variants and the CZ858. Live firing exercises took place over two days and included command and control, scenario training, target recognition and marksmanship principles.

The first MSO/MFCC course ran from 5-11 October 2015 and included students from Malta, Italy and Serbia. The weather on the range was a little unsettled at first with strong winds and rain but brightened up over the weekend.  The second MSO/MFCC was undertaken on behalf of the Nordic Protection Academy based in Sweden and consisted of a group 12 Swedish personnel. Their level of English was very high and this reflected in their exam results with a 100% pass rate and an average pass mark of 85%.

The next MSO course is in April 2016 and individuals will have the opportunity to do the Maritime firearms competency course(MFCC) and STCW 95if required.