Position: Not yet confirmed 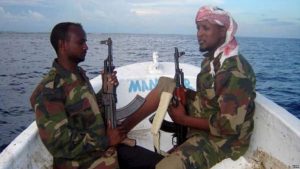 Piracy off the coast of Somalia has declined in the last three years.

However, it has been several years since Somali pirates successfully hijacked a merchant ship.

At the height of the hijacking crisis in 2010-11, Somali pirates were attacking dozens of ships each month and receiving multi-million-dollar ransoms to release hijacked vessels and their crews.

The piracy off the Horn of Africa had an economic impact of $7 billion, with more than 1,000 hostages taken.

The attacks dropped off following a coordinated international response that included naval forces from NATO, the European Union, the United States and other independent nations.

International maritime groups warned last year against the return of piracy off the coast of Somalia because of increased illegal fishing activity in Somali waters.